Salt is born of the purest of parents: the sun and the seas. –Pythagoras 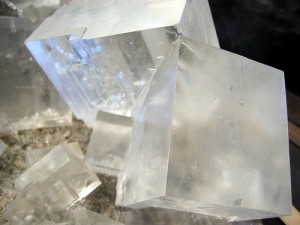 Shortcut alert! If you want to skip the info and get to some kitchen action just scroll to the bottom.

Salt is an essential nutrient and mineral and as such, is the only spice that belongs in the fascinating world of geology. Let’s get technical for a moment. The common salt we consume is sodium chloride (NaCl) and is 40 percent sodium and 60 percent chloride. The largest source of salt in the world is, of course, seawater. Salt is present throughout the world as a remnent of dried-up seas and salt lakes. The average amount of salinity in seawater is 3.5 percent. Salt concentrations will be higher near the equator where a greater rate of evaporation occurs and conversely, more diluted at the poles where glacial runoff pours into the seawater. Just for contrast, the amount of salinity in Utah’s Great Salt Lake is 13 percent.

Salt is a crystalline structure in cubic form. The size of the crystals will vary depending on how quickly or slowly evaporation occurs and salt crystals form. The size and shape of the crystal can also be modified by temperature. Salt comes in a rainbow of naturally occuring, muted colors from colorless when pure, to white, gray or brownish, pinks, reds and even black. The attractive colors in exotic salts come from coral, clay or cooled lava beds.

Whole Foods has compiled a salt dictionary to help you discover salt’s capacity to make food extraordinary…if you use the right kind. Here it is, direct from their website (so please give them credit):

Colored salt: Natural colored salt is most often a coarse, large crystal good for pinching. Examples include sulfurous black salt from India and pink salt from the foothills of the Himalayas and the Murray River area of Australia. (Note: keep in mind that colored salt’s appeal is primarily an aesthetic one.)

Flake salt: Refers to salt that comes in the form of flakes instead of crystals. One of our favorites is Maldon sea salt, harvested on England’s south coast.

Fleur de sel: A hand-harvested sea salt that comes from the coast of west-central France. It may be a bit expensive, but keep some around for its wonderful flavor and moist, crunchy texture.

Iodized salt: Because iodine deficiency was once a persistent problem in some parts of the U.S., manufacturers began adding iodine to table salt in 1924. Iodine deficiency remains a serious problem in Africa and parts of Asia but has been largely eliminated in the developed world, where people routinely get the iodine they need from other food sources.

Kosher salt: A relatively pure salt that contains no iodine or other additives. Its moderately coarse texture makes it an excellent pinching salt for general use and great for making brines, too. Our second favorite use for it? Using kosher salt to coat the rims of margarita glasses.

Pickling salt: Refined salt that has sufficient enough purity to prevent cloudiness in the brines used to make pickles. A bonus? It also has no additives and dissolves rapidly.

Roasted salt: Salt that’s been heated over a fire, usually in a container that transfers flavor and aroma to the finished product. (Curious? Try Korean bamboo salt, which gets roasted over a pine resin fire in bamboo cylinders plugged at both ends with yellow clay unique to the region. We love the stuff for sprinkling over roasted or grilled meats and veggies.)

Rock salt: Salt that’s mined from underground deposits. Various processing techniques give it lots of different shapes and uses, from block salt for livestock to coarse salt for grinders to fine-grained popcorn salt. (Bet you didn’t know that more than 90% of all salt manufactured in the U.S. is rock salt?)

Smoked salt: Natural smoked salt is coarse sea salt that’s been smoked over wood fires; it can range in color from light grey to dark brown. Using smoked salt lends an assertive smoky aroma and flavor to foods of all kinds, from grilled fish to creamy soups and corn-on-the-cob.

Table salt (a.k.a. fine salt): The most common salt. Often contains additives designed to slow moisture absorption so that it’s easier to pour in a salt shaker.

Beyond salty how do you describe this bold mineral? The answer is in the earth. Like wine, salt embodies the terroir of where it was harvested. The fleur de sel from France claims to contain hints of the Mediterranean fragrances saturating the warm air that drys and harvests the salt. Other specialty salts are made to create a distinct flavor. Artisan Salt Company makes a range of salts to enhance a particular pairing of food. For example, their Chardonnay Oak Smoked salt is a sea salt slowly smoked over chardonnay oak wine barrels and is delectable when gently sprinkled on salads where the Merlot salt is richer and provides a simple but perfect rub for red meat.

Civilizations, cities, and entire economies have been built on this oldest of precious commodities. Before spice routes were established, salt routes existed where merchants traded and exchaged it in places where salt did not exist. Its importance as a preservative, nutrient and its ability to enhance the flavor of food gave it a near mystical power and grew to symbolize many things across different cultures. It was the Romans who truly exploited the use of salt. Roman soldiers were paid with sacks of salt giving rise to the term “salary.”

Throughout history salt has fueled superstition and has been woven into religious beliefs. SaltWorks in their History of Salt provides an entertaining summary:

“The ancient Greeks and the Hebrews used salt during sacrifices, just as within the Roman temples the vestals prepared the sacrificial millstone by rubbing it with brine. But if the salt fell from the head of the sacrifice’s chosen victim, it was a sign of bad luck. Hence, the superstition, that has come down to our present time, is so engrained in us that in The Last Supper of Leonardo da Vinci we recognize Judas Iscariot -who shortly thereafter would betray Jesus- by the saltcellar he has carelessly dropped in front of him. Considered by Plinio in his Naturalis historia as a panacea, in times gone by salt was offered to guests in sign of friendship (in Prague), while Germans took their oath with their hand sunk in it.”

Even today, salt is considered representative of incorruptability and immortality and traditions reflect this belief. How many times of you tossed a few grains of salt over your shoulder to ward off bad luck after you accidentally spilled some?

Salt is an essential nutrient. There is beauty in its fundamental nature. The amount of dissolved salts in our body reflects the amount found in the ocean; an evolutionary reminder of when life first crawled from seawater and had to carry a personal ocean within the body for survival.

Salt maintains electrolyte balance inside and outside of your cells. It also affects blood pressure through signals to the muscles of blood vessels trying to maintain pressure within an ideal range. Currently there is a lot of debate on the health concerns of Americans’ tendancy to consume too much salt. Food manufacturers and restaurants have exploited salt’s ability to enhance flavor and have overloaded foods with unhealthy proportions. Current guidelines from the National Academy of Science’s Insitute of Medicine recommend keeping your daily sodium intake limited to a range of 1500 mg/day to 2300 mg/day (approximately 1 tsp.) as a maximum before possibly increasing your blood pressure due to excessive intake.

Do as the Romans and elevate a simple salad to something extraordinary by sprinkling it gently with a small pinch of gourmet salt (with a balsamic vinegar and cold-pressed virgin olive oil dressing). I recommend trying a salt sampler and experimenting with different salts from around the world depending on what you like on your salad (toasted walnuts and bleu cheese are my tried-and-true). This world assortment from The Spice Lab

Or, try a recipe using few ingredients of the freshest and highest possible quality available so the purity of the flavors comes through. This roasted asparagus soup recipe from Mark Bittman’s The Minimalist Entertains

fills the bill…or bowl perfectly. When prepared in spring with locally grown asparagus this recipe’s luscious flavor sets the perfect stage to shine a spotlight on an artisan salt and pepper. And the best part? There are only 6 ingredients.

Makes 8 servings (great for entertaining because you make ahead of time and heat right before serving).

3 pounds of THIN, locally-grown asparagus (remember, there are very few ingredients so you want the best possible quality);  1/4 cup unsalted butter or extra virgin olive oil; 20 fresh tarrgon leaves or 1 teaspoon dried; 8 cups chicken or other stock (buillon is good but I don’t recommend it if you want to taste your salt choice); salt and freshly ground black pepper.

1. Snap off the bottom part of each asparagus stalk and discard. Coursely chop the rest of the stalks, leaving about 20-25 of the flower ends whole. Put the butter in a large, deep skillet or broad saucepan and turn the heat to medium-high. A minute later add the asparagus and tarragon, raise the heat to high, and cook, stirring only occasionally, until nicely browned, about 10 min. Remove the whole flower ends; set aside.

2. Add the stock and some salt and pepper to taste; bring to a boil, then reduce the heat and simmer until the asparagus is very tender, about 10 minutes. Cool for a few minutes.

3. Use a blender to carefully puree, in batches. Returne to the pan, and, over medium-low heat, reheat gently stirring occasionally. When the soup is hot, taste and adjust the seasoning. Put 3-4  of the cooked flower ends in each of the 8 bowls; ladle in the soup and serve.