There is a certain purity to midnight. Deep in its folds it hides whispers of enchantment, phantoms, and the darkest, most elegant version of black velvet. That’s what these bars become — midnight at its finest. 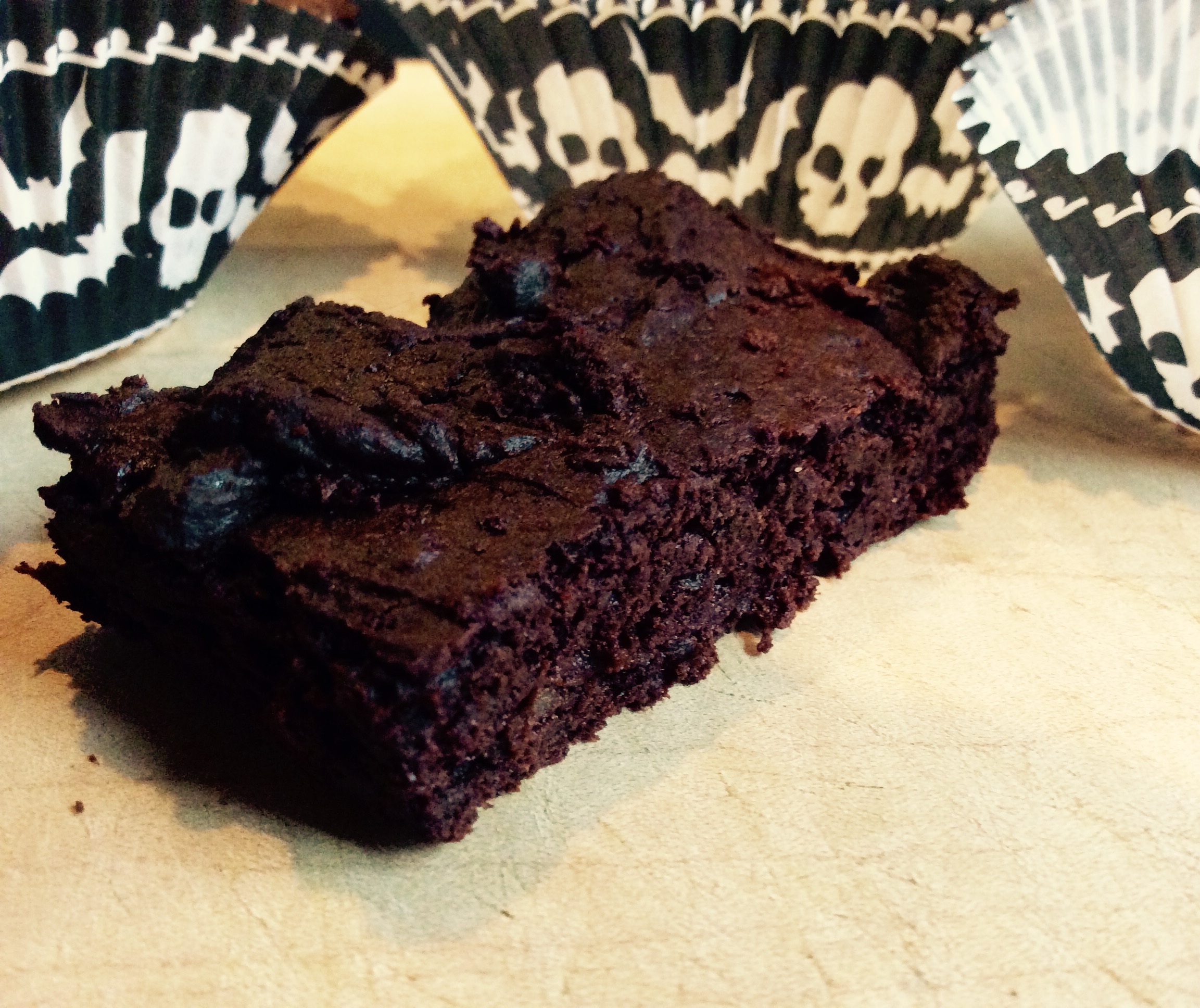 Yes. There is pumpkin in it. But it’s not for flavor. It’s the source of rich moisture…just enough to be chewy and provide that sink-your-fangs-into-it texture but not enough to get gloppy. Hence the un-pumpkin.

It’s not really a brownie. Brownies conjure up sticky, chocolate flavored sweet treats. This bar is not that. This delight gives you the chocolate lover satisfaction in each bite…without the added sugar. Not bitter. Not sweet. Just bite after bite of rich, deep chocolate. (The secret is in the magical combination of the ingredients…read on.)

Because there is no added sugar you’ll feel satiated and not craving more. You won’t spike your blood sugar and have your system flooded with insulin causing an energy spike and crash that will leave you hungry and wanting even more sweets. You know that late afternoon energy drop? That’s we’re talking about!

You get all the nutrition of pumpkin plus chocolate’s potassium and antioxidants without being undone by a sugar rush. These are the bars you want to take hiking or skiing with you. Or stuff them into your lunch bag! 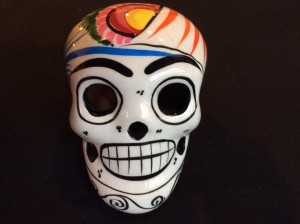 “Aaaah,” you say. “But I want an authentic brownie that’s pure with real food ingredients.”

As far as I could tell, this is the only (un)pumpkin, (un)brownie bar that authentically has no added sugar, and is grain free (and for those of you who monitor it…gluten free). 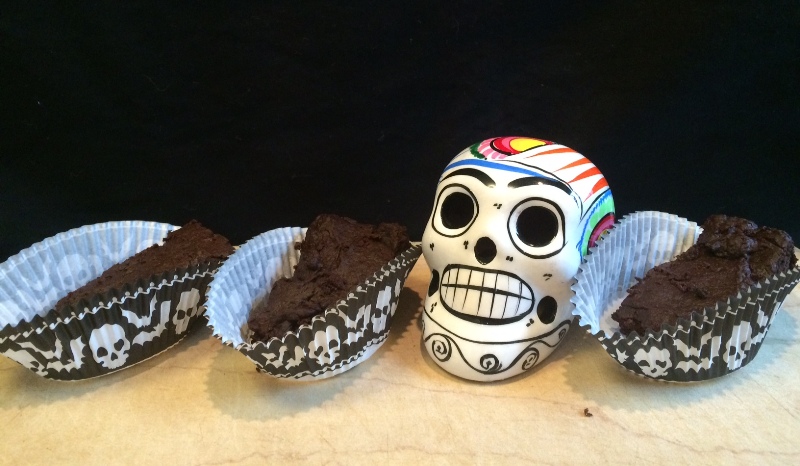 If you want a sweet brownie, this ain’t it. If you want rich, delicious, pure, chewy chocolate that tastes of the stroke of midnight, mystery, and the dark side — here’s your recipe! 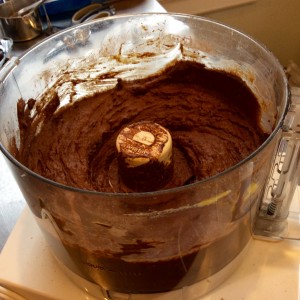 A well-blended batter ready for the baking pan.

Pour into prepared pan. Spread mixture as evenly as possible across the pan (it won’t spread much during baking). Bake for 25 minutes until toothpick comes out clean (there may be a couple small crumbs. But you don’t want it gooey). The top will appear dry. It’s no reflection of what’s happening on the inside.

Pumpkin. I prefer to use roasted pumpkin. I just smash it with a fork and stick it in the food processor.  I’ve also used canned.

Arrowroot Powder. This is a grain free recipe and corn is a grain (and a rather unhealthy one, at that). Arrowroot is a starch. Bob’s Red Mill makes a good version.

Ghee. Ghee is purified butter. Just the fat without the milk proteins. I like it because it’s wonderful as a cooking butter, tolerating a much higher heat than regular butter. It’s just habit and part of my daily clean eating so I can eat mouthfuls of real whipped cream on special occasions without a stitch of guilt. Trader Joes sells a wonderful and affordable ghee.

Dates. Yes, dates are sweet. You’re using the whole fruit here not the extracted, isolated sugar. I’ve read “sugarless” recipes that call for a cup of dates or applesauce. This is simply trying to replace a brownie recipe’s cup of sugar with something else. The dates here serve one important purpose – they remove chocolate’s bitter taste. Two dates across an entire batch is pretty miniscule. And you’re getting the fiber that comes with the fruit. On that note, cinnamon’s natural sweetness also helps moderates the chocolate. Also – I chop the whole date instead of purchasing dried pieces. They are fresher and chewer. Just split the whole date open and review the interior seed before whacking down on it with a chef’s knife.

Food Processor. I’ve made this using a stand-up mixer and a food processor. I prefer the latter because it really whips the  two dates into oblivion. With the mixer you’ll still get little chunks. My husband and son like both but given a choice, the food processor wins.