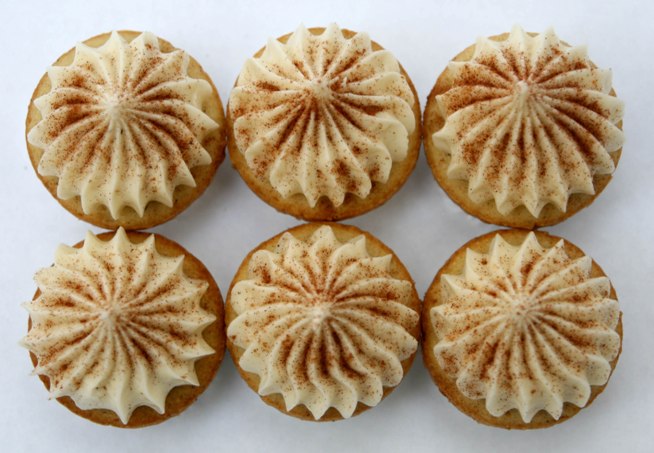 I’m on a flavor quest…a cupcake flavor quest to be specific. Cupcakes, in my book, are a pure delight.

Some food trend experts have declared that cupcakes are out of fashion. Based on the reviews and awards I’ve received I assure you that the word on the street is this: cupcakes still rule. I’m dedicated to keeping the cupcake spirit alive. And right now that spirit is fine spirits creating subtle exotic flavors for the adorable mini cupcake. 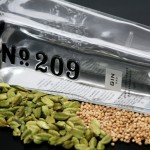 My cupcake flavor quest has allowed me to cross paths with many interesting and knowledgeable people. Take my recent interest in Distillery No. 209’s distiller, Arne Hillesland.  This interaction led me to creating the exclusive Distillery No. 209 Spiced Gin Mini Cupcake. I wanted to develop a pairing that compliments the infused gin flavors yet have the mini cupcake be delightful and different on its own.

The Gin Cupcake is Born 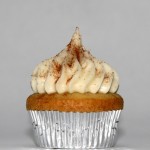 Gin is a flavored vodka.  The flavors of juniper berries, bergamot peel, cardamom, coriander, and cinnamon are only a few in the gin but are the driving force of flavors in Distillery No. 209’s Spiced Gin Cupcake.  The process of developing this cupcake took four test batches. 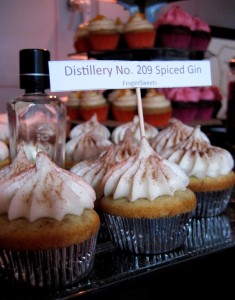 How to Make a Gin Cupcake

The recipe’s success starts with the spices. I go to spice stores that sell in bulk.  I enjoy smelling the varieties, can purchase in small amounts for testing and can choose my spices to be whole or already ground.  I prefer using whole spices and grinding them. There are many options for grinding your own spices. I use a mortar and pestle.  A mortar and pestle create a courser grind which are fine for your batter but you need something more fine for your frosting. 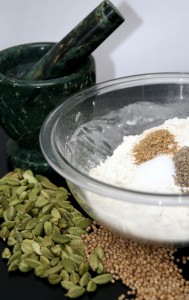 Spiced Gin Cupcake was a layered taste of flavors.  The base flavors are earl gray tea, juniper berry, and bergamot peel.  The secondary flavors are cardamom and coriander with a tertiary flavor of cinnamon. The cinnamon was used only in the decoration to give a sweetness to the first bite.  I also used Distillery No. 209 Gin in the batter and frosting.  While the alcohol burns off in the baking process you capture the gin’s bite in the frosting.  The result of this pairing was the combination of smooth and sweetness with a spicy but subtle alcoholic zing.

I started with a basic base vanilla recipe.  From here I blend the various combinations listed above.  These mixtures are combined directly into the batter. It’s important for the frosting to mimic some of the flavors found in the cupcake. The goal is to achieve what I call a cyclical taste of flavors with no separation of flavors in the mouth. The only exception is that sweet cinnamon punch you initially get when biting into the cupcake.

If you enjoy the idea of the Distillery #209 Spiced Gin Mini Cupcake then come see what other delicious concoctions I’ve created at http://www.fingersweets.blogspot.com .

What kind of pairings do you envision would make a fantastic mini cupcake? Please let me know so I can turn your dream combination into reality!